With a history of operations spanning more than a century, MB Contractors continues to work to deliver unmatched responsiveness and service in each aspect of our projects. From our humble beginnings to our current status as one of the largest, most highly-respected general contractors in Virginia, we have upheld our founders’ dedication to delivering high-quality, cost-effective results on time. Our experience in commercial general contracting has enabled us to be flexible in the types of projects we have accepted over the years, a flexibility fundamental to our success.

MB Contractors was established in Roanoke, Virginia as Martin Brothers Contractors, Inc. in 1912 by brothers A.P. and Jim Martin. In the early days, our company performed a range of building and renovation projects for investors in Roanoke and the surrounding region, largely in the retail and manufacturing sectors. As our region’s population and economy expanded, so did the size and reputation of our company, and we began constructing some of the area’s largest, most visible structures.

Upon their retirement, A.P. and Jim Martin passed the operation and management of their company onto future generations of their family, who successfully steered the company through the following decades. Former CEO, Jed Hammer, started with Martin Brothers Contractors as a laborer in 1971, and he would go on to purchase the company from the Martin family in 1982.

A six-year ownership and management transition plan to President Todd Morgan and Executive Vice President Mike Cagle was completed in 2012, which also included changing the name of the company to MB Contractors in 2010. The pair continue to drive MB Contractors’s success in the Virginia and North Carolina construction markets with yearly revenue topping $60 million and growing. 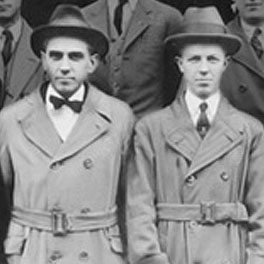